The state of digital trade barriers and internet fragmentation 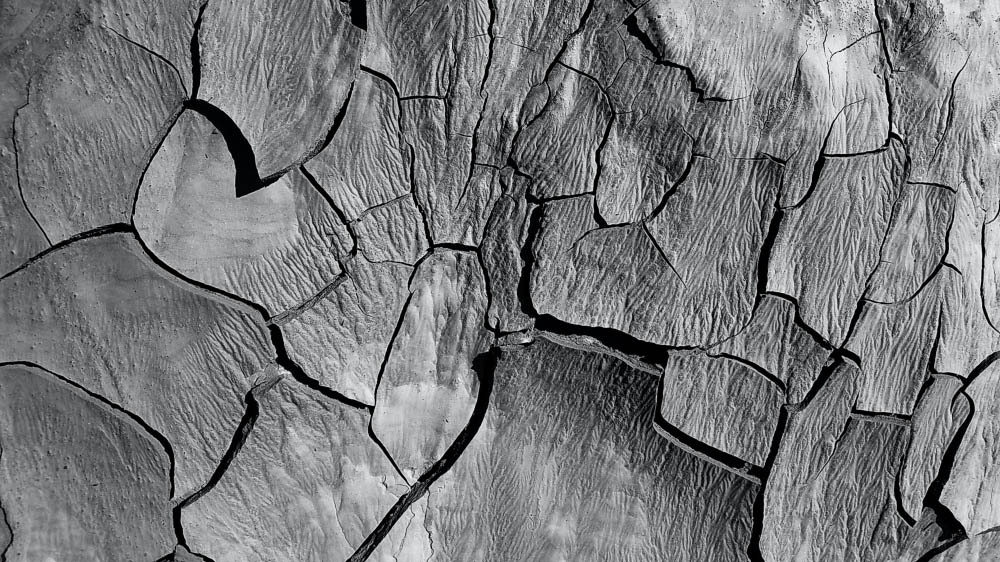 A screen-filling popup greeted users of Engadget China, a consumer tech news site, on 1 November 2021. That website would no longer be updated as Engadget’s parent company, Yahoo Inc., withdrew from the Chinese market in response to China’s new Personal Information Protection Law (“PIPL”) coming into force that day. Episodes such as these reinforce worries that the internet is fragmenting. But how common are they? To answer this, I draw upon two very recent tallies of policy intervention affecting the digital economy, including digital trade barriers.

Last Thursday, the United States published its 2022 National Trade Estimates Report (NTE). The flagship NTE report is a leading point of reference for the digital regulatory landscape facing US commercial interests when operating abroad and has a particular emphasis on restrictive data policies. A second source, the Digital Policy Alert (DPA), tracks policy and regulatory activity in 11 policy domains in all G20 countries, the EU member states, and Switzerland. The DPA database uses official sources to document the full life cycle of policy or regulatory initiatives, from proposal to implementation to potential revocation. Actions by any government branch, including executive orders, enforcement action or court proceedings with a public party, are within scope of the DPA. Pertinent policy intervention taken by U.S. authorities are found in the DPA too.

The USTR’s tally reaches back in time farther, while the DPA provides information on additional sources of digital fragmentation beyond discriminatory trade barriers. To compare apples with apples, I sliced both data sets to include only the policy changes adopted or implemented since January 2021 and taken by G20 members, by EU member states, or by Switzerland.[1] Of the 200+ digital trade barriers mentioned in the latest NTE report, 64 involved binding policy interventions which were adopted since the beginning of last year. A total of 23 jurisdictions were responsible for these recent digital trade barriers. Over the same timeframe, the DPA recorded 258 digital trade barriers undertaken by 38 jurisdictions. Fifty of those policy changes were implemented by US public bodies. Digital fragmentation is more pervasive than the NTE implies. 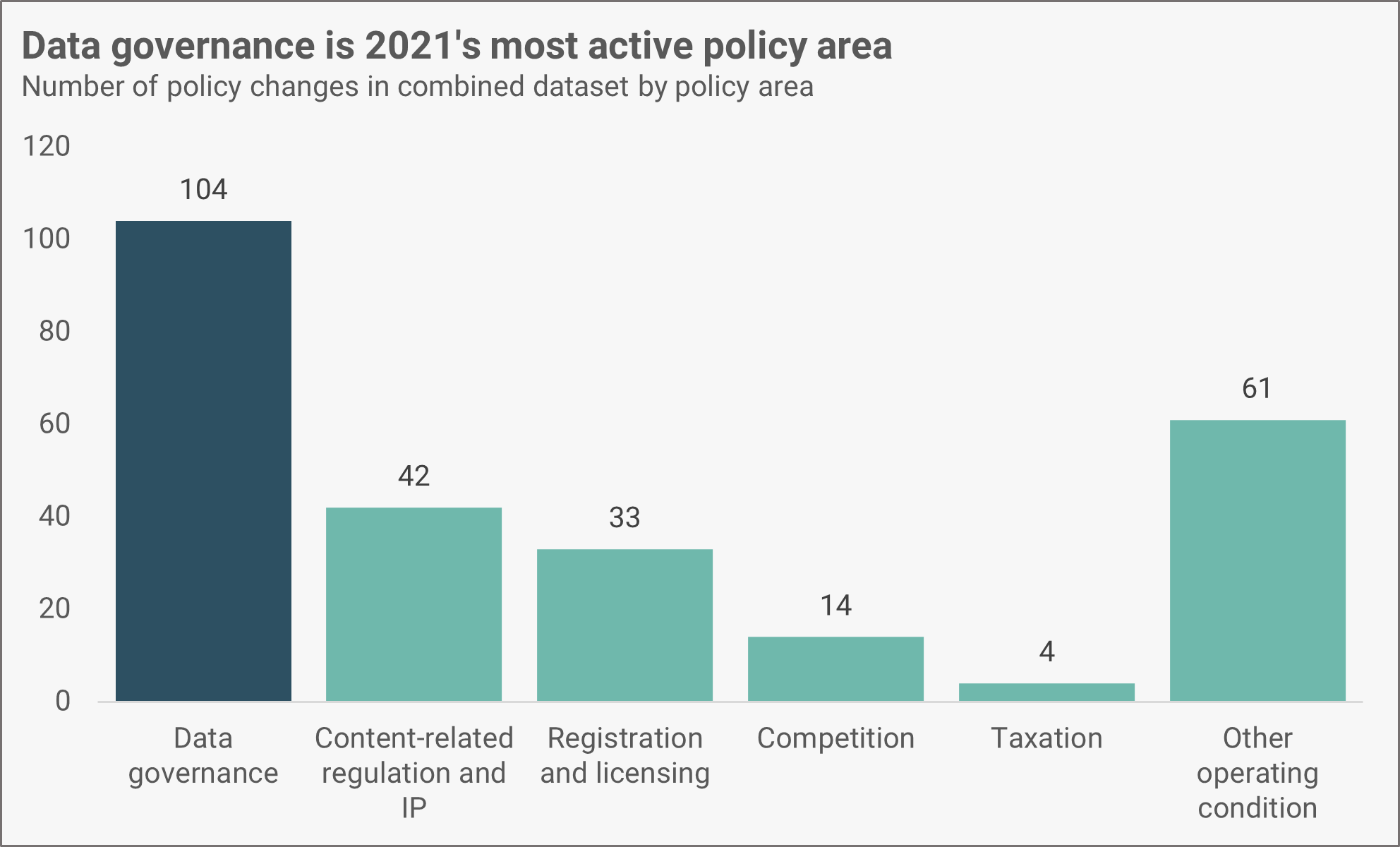 Both sources align on key findings concerning fragmentation risk. Both reveal that policy decisions relating to fundamental data governance questions are the most frequent source of concern. More than a third of the entries of the combined dataset refer to data governance requirements. Sometimes such policies are part of comprehensive data protection laws such as China’s PIPL and similar steps by Brazil and India. In the United States, absent a federal solution, four states have enacted comprehensive data protection laws since January 2021, with Utah being the latest (adopting a bill on 25 March 2022.) While data protection is a legitimate policy objective, its implementation carries fragmentation risk in cases where the degree of protection differs strongly from existing norms or when non-compliance can generate a significant liability for the data handler.

Going beyond data governance and associated liability, enforcement decisions can fracture digital markets where key definitions and procedures specified in laws or political intent are ambiguous. The DPA is currently tracking close to 180 investigations, inquiries, or public lawsuits undertaken by executive agencies. Most common are competition law actions, with 89 cases advancing during the past 15 months. Competition cases can result in fragmentation if, for example, one country declared current app store practices illegal. Companies found in violation of competition law would have to choose whether to withdraw from a market or adjust fundamental traits of their business model.

Another fragmentation risk looms in employment regulations for the gig economy. Regulators in Europe, specifically Belgium, Spain, and the UK are determining whether gig workers are employees of a platform or service providers. Last July, the Chinese Ministry of Human Resources and Social Security issued a guiding opinion calling for clarification and standardisation of the status of platform workers. Leaving gig workers undefined in labour statutes creates risks that can deter platform entry in the first place or, if regulations or court decisions become too onerous, induce withdrawal of a platform to the detriment of customers.

The importance of looming court decisions and agency investigations underlines the need to look forward when assessing internet fragmentation risk. Since the NTE is, by design, mostly backwards-looking, the DPA inventory on ongoing events adds value with almost 300 entries that were advanced since January 2021 but have yet to conclude or be formally withdrawn. Localisation and competition law initiatives have been mentioned before. Content moderation is becoming a salient issue due to the Russia-Ukraine conflict, reported proposals for the new EU Digital Services Act, similar bills proceeding in Canadian and UK parliaments, and a flurry of legislation in US state and federal legislatures on the immunity of platforms to liability for user-generated content. Governments in Europe and North America have signalled their intent to align more on what constitutes “trustworthy” artificial Intelligence, while the Chinese regulators are taking their first concrete steps following a white paper published in July 2021. Sustained tracking of policies prior to their adoption as well as general statements of regulatory intent becomes ever more important.

The NTE and DPA demonstrate the pervasive impulse to act unilaterally. Governments are, however, taking more collaborative steps together if the number of digital chapters in regional trade agreements and the creation of the EU-US Trade and Technology Council are anything to go by. Lack of transparency can breed suspicion that undermines cooperation and reinforces pressures for fragmentation. Fortunately, policy surveillance is developing in leaps and bounds, as these two sources demonstrate.

[1] For this article, the DPA team has rapidly cross-checked its database against the findings of the NTE report based on primary official sources of the government responsible for each digital policy change. Interested users can find the data here.